At my old job (the one where I used to be an architect), my co-worker Nubia would tease me about making recipes for crunk juice. I had to ask her what that meant. I am not crunk. According to urbandictionary, crunk juice is a combination of Hennesy and Red Bull, preferably drunk from a pimp cup. In Nubia's experience, "crunk juice" refers to a highly alcoholic punch found at backyard parties, usually made with Kool-Aid. I like her version better, because honestly, Red Bull and cognac? Sounds pretty nasty.


I had kind of forgotten about the crunk juice when Kaye, my sister's sister-in-law (or my brother-in-law's sister, however you would have it), emailed me wanting suggestions for drinks to make with Kool-Aid. The words "crunk juice" were never mentioned, but still, my mission was clear. The people had spoken, and they wanted Kool-Aid cocktails. 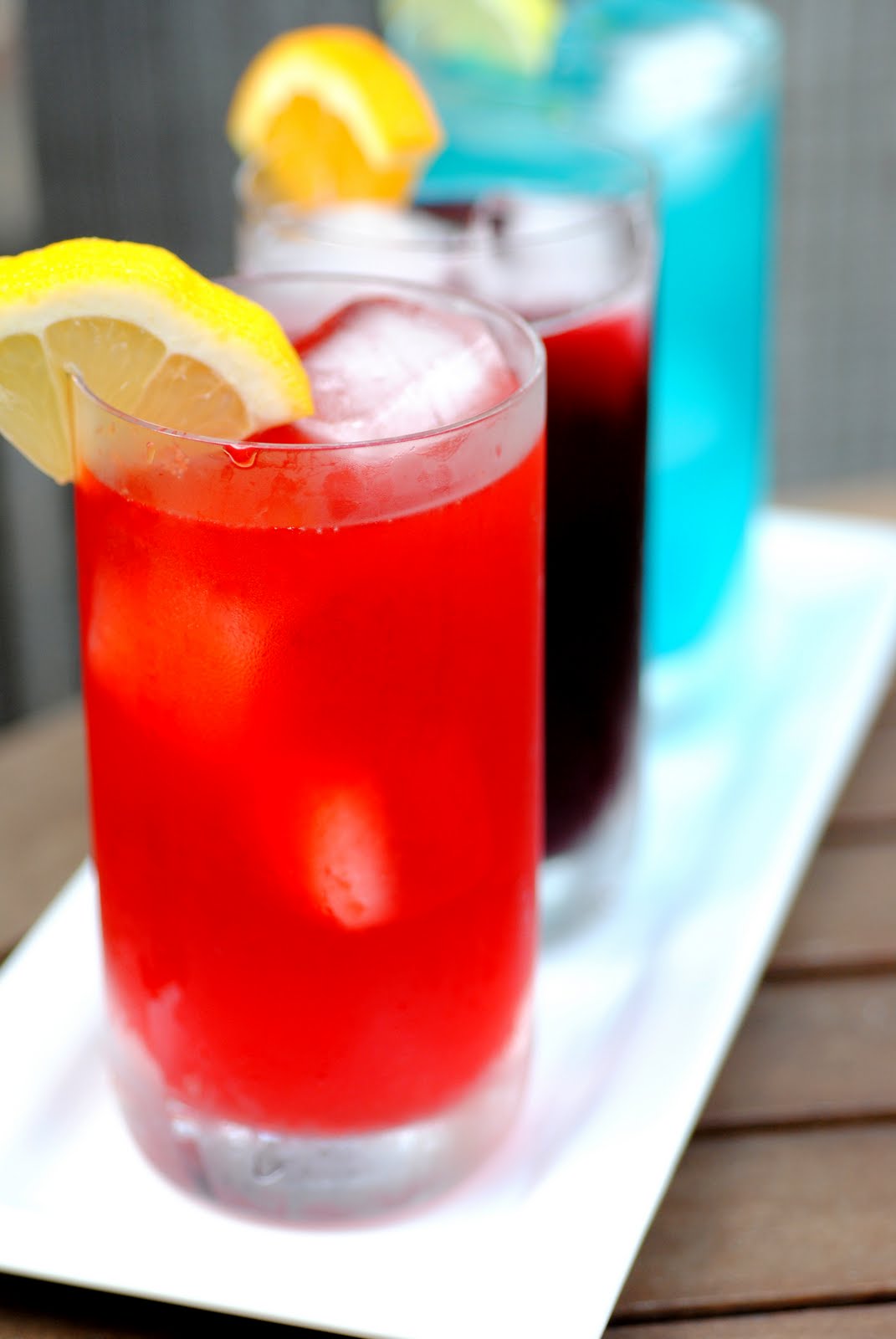 First, I decided to do a little research (thanks, google!), just to see what was out there. Turns out the current Kool-Aid cocktail landscape is a barren wasteland of foul, sugary concoctions with names like "demon's blood" and "the purple panty dropper". With this in mind, I established some guidelines for my Kool-Aid cocktails. They had to:

A. have Kool-Aid in them (obviously),
B. be easy to make,
and C. bear at least a passing resemblance, taste and composition-wise, to real cocktails. This means I wanted them to actually taste like alcohol. The point of mixing drinks, at least in my mind, is not to doctor up booze with sugar and fruit juice so you can't taste it anymore - making cocktails is all about combining flavors, including the flavor of the spirit, into something new and different and hopefully delicious. Here's what I came up with:

The Tropical Storm
Inspired by that quintessential New Orleans cocktail, the Hurricane.

To make the Kool-Aid syrup: Prepare a package of (unsweetened) Kool-Aid according to the directions, but add half as much water as the package calls for. (That is, one quart.)

*Word to the wise: make sure your pitcher is big enough before you start adding stuff. This version will make about 16 servings, so also make sure you have lots of friends.

It tastes a lot like Kool-Aid...but with a little twist. Might actually be closer to the original version than whatever it is they're serving up on Bourbon Street these days. (I've made hurricanes according to the original recipe, and I've sipped some at Pat O'Brien's, and they are not the same. At all.)

and then there's...
Instant Kool-Aid Sangria
Let's face it, sangria is one of the greatest things ever. Wine? Good. Fruit? Good. Wine + fruit? EVEN BETTER. I've made sangria with pretty much everything else...why not Kool-Aid? After all, not everyone has time to cut up all that fruit. Everyone has time for this. 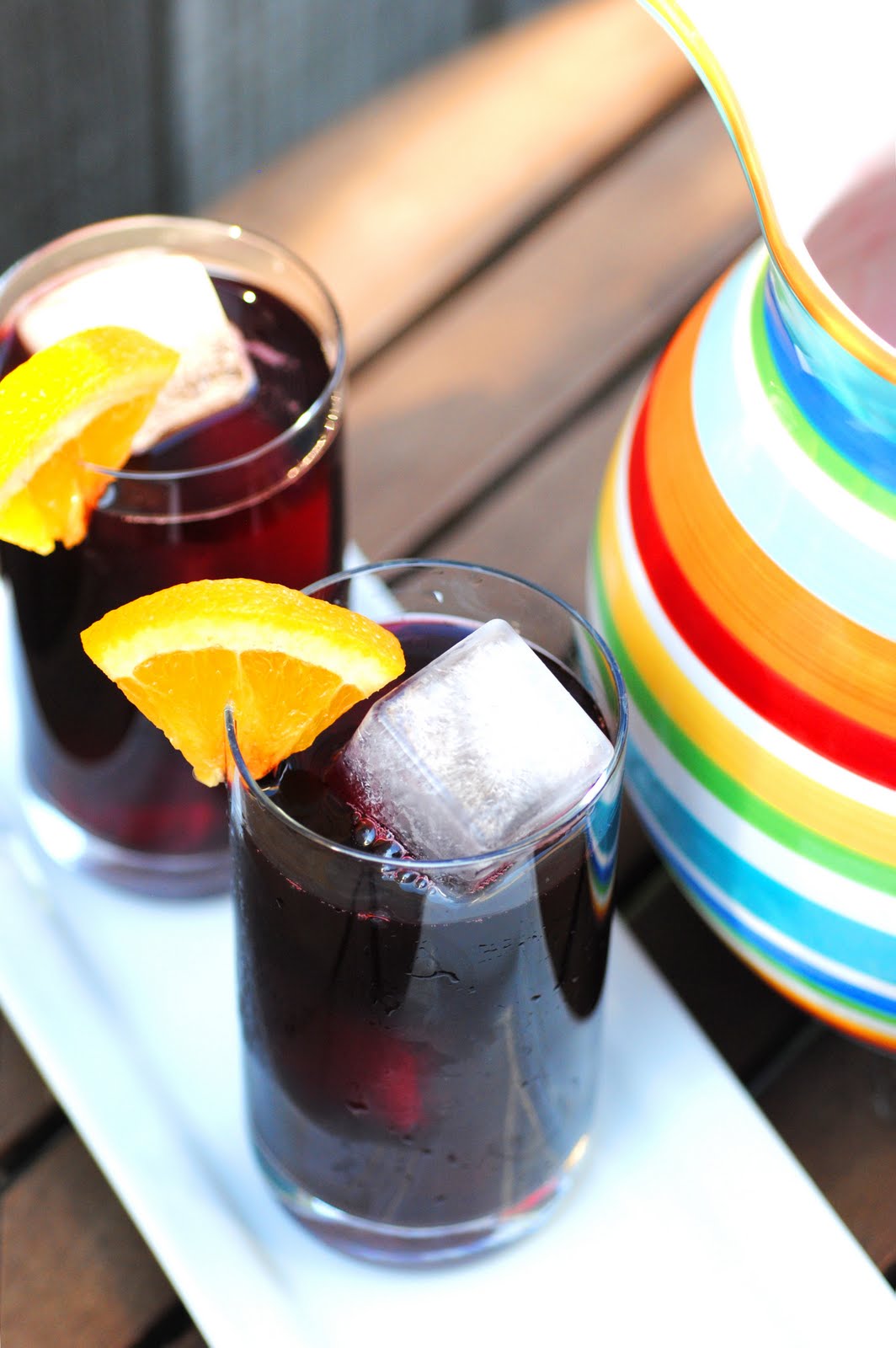 It's good. Not as good as real sangria...but still pretty good. And super easy to make. And did I mention super cheap? Bonus: throw some actual fruit into the pitcher, and see if your friends are fooled. Try substituting other flavors, too. I'm curious about lemonade + black cherry. (Updated to add: when using other flavors, you may need to add a little more sugar.)

And finally...
The Kool Blue Gin-Gin MuleOf all the bizarre and off-the-wall ingredients I've sourced for my drinks, one of the hardest to find was - you're not gonna believe this - berry blue Kool-Aid. I went to three different grocery stores before I found this stuff. I thought it had been discontinued. But then there it was, like the holy grail of Kool-Aid, beckoning from the shelves of the very last store I tried. 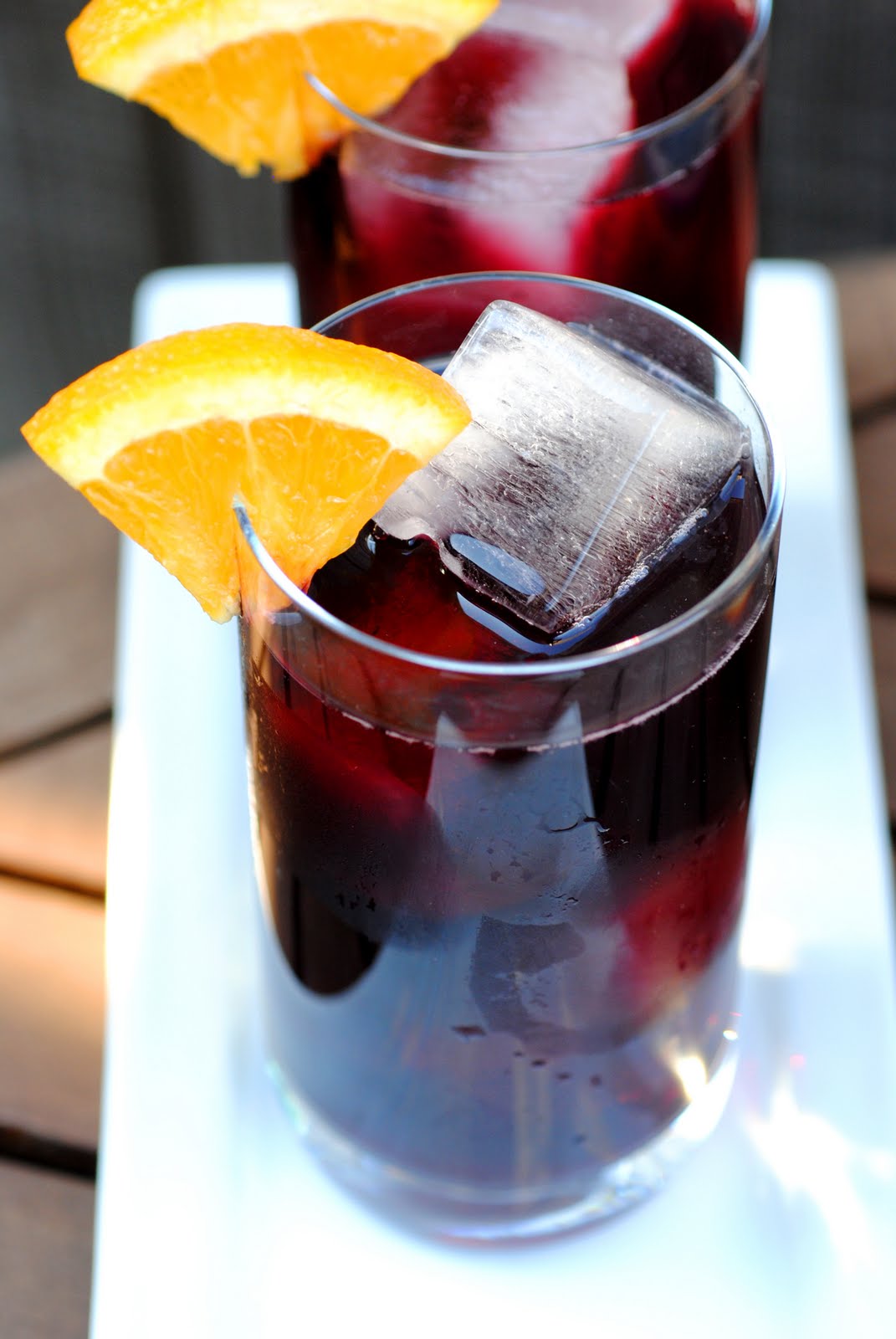 Oh yeah.
Posted by Nancy at 12:31 AM
Email ThisBlogThis!Share to TwitterShare to FacebookShare to Pinterest