The best of the infused vodka, and what to do with it.

If you've been following this blog, you might have noticed that for some time I've been working on perfecting a few different kinds of infused vodka. Along the way I made some infusions that were totally disgusting (beet and horseradish...blech), some that were just underwhelming (lemon and fennel), and some that showed promise. Those I tweaked, and tasted, and re-infused, and re-tasted, until I had honed them into delicious examples of alcoholic perfection. But what to do with all this wonderful booze? Sure, the vodkas I created were tasty on their own, but this is a blog about cocktails, not a blog about drinking straight hard liquor. Even if it's been infused with cardamom. 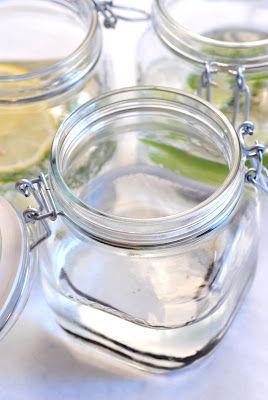 So here are the best of the infusions, followed by ideas for what to do with them. Feel free to use your imagination and come up with your own drinks. Or, you know, take the vodka straight. I won't tell anyone.

Infuse in a sealed glass jar for 2 days, shaking occasionally. Strain out the other ingredients and store the vodka in the freezer for up to a month. (Or maybe even longer. I mean, it's alcohol - doesn't it preserve itself?)

This recipe comes from the article in Martha Stewart Living that inspired all the infused-vodka madness. I've already sung its praises in a previous vodka-related post, so here I'll just say that it is delightfully savory, with just a tiny bit of spice on the finish. I will also say that it makes a pretty incredible martini. 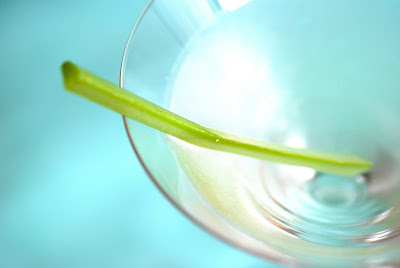 Shake (or stir) with ice and strain into a cocktail glass garnished with a celery stick.

Besides making recipes from the magazine, I also came up with some of my own. Such as:

So much going on here. Deep, rich, spicy, dark. Perfect for making a cocktail that looks innocent enough, but packs a little unexpected punch. 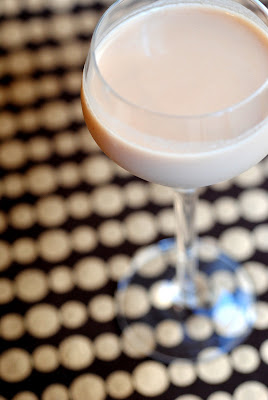 Shake (or stir) with ice and strain into a chilled cocktail glass.

And last but not least:

Where do I begin? This infusion smells amazing and tastes nearly as good. You have the sweetness of the vanilla balanced against the woody, earthy flavors of the cinnamon and cardamom. Both cinnamon and cardamom, incidentally, come from Southeast Asia, and you know what else comes from Southeast Asia? Thai Basil. Conveniently, I am cultivating some in the backyard, so I decided to throw it into the mix and see what happened. 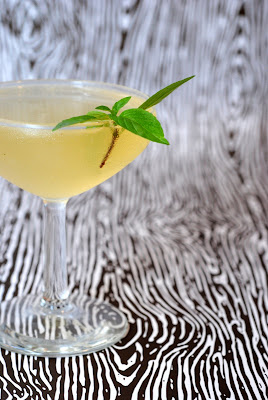 Add the simple syrup and basil leaves to the bottom of a shaker and muddle thoroughly. Add the vodka and lime juice, shake with ice and strain into a cocktail glass.

Verdict: very interesting mix of flavors. The Thai basil brings a nice balance to a drink that otherwise might be a bit too sweet. Drink up.
Posted by Nancy at 12:20 AM
Email ThisBlogThis!Share to TwitterShare to FacebookShare to Pinterest